Why Can’t People Sue……
Anytime the Media Says Something Obviously
False About Them? 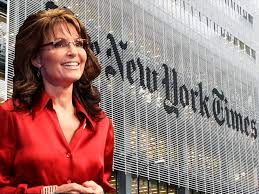 Because the U.S. Supreme Court has placed severe restrictions on libel lawsuits  since 1964[1] because it would be a restriction of the right to freedom of the press under the First Amendment.[2] Obviously, the person suing has to prove that the statement was false. Keep in mind that we are only talking about publishing incorrect facts; any statement fairly viewed as an opinion cannot be the basis of a lawsuit.[3] To win a defamation case, the person suing has to prove actual malice, (in this context, the word “malice” does not have the meaning we ordinarily use). Actual malice means that the author[4] i) knew it was false, or, ii) had reason to suspect it was false, but went ahead and published it anyway[5]. This suspicion can sometimes be shown by obvious reasons to doubt the source of the information or the accuracy of the source’s previous reports.[6] Actual malice has to be proven by clear and convincing evidence, which is a much tougher standard of proof than what’s required in most civil cases. Actual malice is very hard to show, and most defamation cases against the media are dismissed on this basis soon after they are filed.[7]

Why is it So Hard to Sue for Defamation?

Because the courts don’t want to make the media defend these lawsuits, which become very expensive, and which are also intrusive, because they allow questioning by their opponents’ lawyers about internal policies and procedures. This could intimidate the media from engaging in robust criticism on both sides of the aisle that society needs. 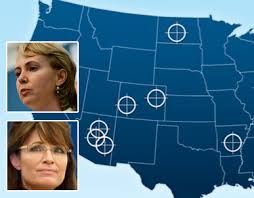 On June 14, 2017, the day Rep. Steve Scalise was shot on a baseball field with other Republican lawmakers, a NY Times editorial entitled “America’s Lethal Politics”, referring to the 2011 shooting in Tucson of Rep. Gabby Giffords, said “the link to political incitement was clear. Sarah Palin’s [PAC] circulated a map of targeted electoral districts that put Ms. Giffords and 19 other Democrats under stylized cross hairs. Conservatives and right wing media were quick…to demand forceful condemnation of hate speech and crimes by anti-Trump liberals. They’re right. Though there’s no sign of incitement as direct as in the Giffords attack, liberals should of course hold themselves to the same standard of decency that they ask of the right.”

Everything in the bold text above was clearly false. Giffords’ assailant, Jared Loughner, had been obsessed with her well before the map was published, there was no evidence he had ever seen the map, and it had been widely reported in the mainstream press, including the Times, that there was no evidence linking Giffords’ shooting to the map. Second, the crosshairs on the map were over the districts, not over the Democratic representatives themselves. In fact, a hyperlink in the disputed editorial took the reader to the earlier Times article with all the correct facts. The editor who inserted them in a re-write had clearly failed to investigate facts that were readily available to him, literally by just clicking that hyperlink, but negligence, even gross negligence, in fact checking is not enough to show actual malice.[8]

The Judge Puts the Times’ Editor on the Spot

When U.S. District Judge Jed. S. Rakoff asked the editor if he had any information suggesting that the map was in linked to the shooting in any way, he incredibly answered that “it didn’t enter [his] reasoning at the time that [Giffords’ assailant] was acting because of this map.” He told the judge that he had not meant that there was a causal link between the map and the shooting, only that there was a link between the incitement and the victim.

For someone who had been a journalist for 25 years, these answers sounded much like he had pulled them out of a certain bodily orifice. (Transcript pp. 13-18). The defendant can argue “that’s not what I meant”, and still win when the statement is ambiguous[9], but the statement in this case looked pretty clear. He also admitted that he had never looked at the map.

The Judge Tosses the Case 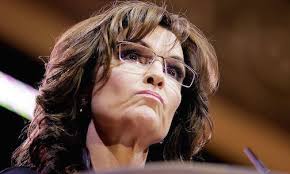 In spite of the fact that the editor had obviously been negligent in fact checking, the error had been made under the pressure of an upcoming deadline, and the judge felt that it was a good faith error. He said that the hyperlink to the article (which he called the modern equivalent of a footnote) with the correct facts showed a lack of actual malice, and the editor also testified that when readers complained about the claim that there was a clear link between the map and the shooting, he issued an on line correction[10]  at 5AM the next morning, and in the print edition the next day. Sarah Palin will certainly appeal from the dismissal, arguing that the fact that the editor initially had no basis for saying that there was a direct link between the map and the shooting, but in my opinion, the judge’s decision will probably be upheld because of the hyperlink to the article with the correct facts and the very prompt corrections. Palin’s lawyers argued there was malice because the Times is always bashing her, attempting to portray her in a bad light to boost readership. In fact, in her complaint, ¶ 29, she quoted a previous Times column: “Yes, she’s about as sharp as a wet balloon, but we already know that… What purpose does [devoting more time and energy to that] serve other than inflaming passions to drive viewership and Web clicks?”[11]   In his decision, the Judge acknowledged that the Times Editorial Board has no fans of Sarah Palin, but said that it is not the role of the courts to insure that media outlets are  unbiased.

Is This a Good Result for Society?

In my opinion it is, because holding the media liable for any statement that turns out to be wrong would be a restraint that neither the Times or Fox should have to live with, especially in the blinding speed of today’s news cycles. While journalists have professional obligations to get verification of what they publish, exposing them to constant lawsuits every time they fall short would take a lot away from the vitality of free public expression. On the other hand, we also need some mechanism to keep the media honest, and these lawsuits serve that purpose. It’s a difficult balancing act, but someone has to do it.

In an upcoming blog, we will look at the defamation lawsuit brought by investigator Rod Wheeler that accuses Fox News of manufacturing the Seth Rich murder conspiracy. Even after Fox retracted the story, Sean Hannity still takes it around the dance floor as if it had never been discredited.

[2]
NOTE OF CAUTION: This blog only deals with rules about defamation of a public figure by a media defendant on a subject of public concern. Defamation law gets complicated and involves very different rules when the case is brought by a private person, as opposed to a public figure, when the statement involves a private subject, as opposed to a matter of public interest, when products or businesses are disparaged, and also changes with several other variables.

[5] This is legally referred to as “reckless disregard” for the truth, but in this legal context, “reckless” doesn’t have its ordinary meaning either.

[10] Publishing the corrections does not mean that the case has to be dismissed, but prompt corrections can be viewed as some evidence that the outlet did not act with actual malice. Hoffman v. Washington Post Co., 433 F. Supp. 600 (D.D.C. 1977).

the nice article. Amazing to see your article.
qweryty
|
December 22, 2017
You ought to be a part of a contest for one of the finest sites on the internet. I will recommend this web site! KHATRIMAZA
Ganesh
|
October 01, 2017
Here get cartoon hd

https://www.apkbc.com/cartoon-hd-apk/
anonymous
|
September 17, 2017
today everybody tries myxerfreeringtonesappk.com to have a one of a kind, Speed Post highlight stuffed Smartphone that can draw in the consideration of spectators and watchers. kissanimemobileapk.com

Dan Waddell
|
September 06, 2017
"To win a defamation case, the person suing has to prove actual malice..." is not strictly true. That standard applies only if the plaintiff is a "public figure." An "ordinary" person (not already in the public limelight need only prove that the statement was false.

Read more: Queens Ledger - entry DEFAMATION The Ground Rules and How They Played Out in Sarah Palin s Lawsuit against the New York Times